History and Evolution of the Chakras and the Subtle Body 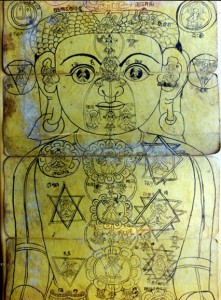 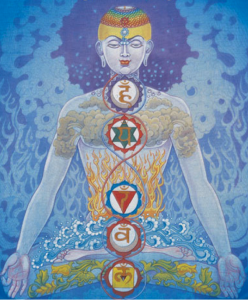 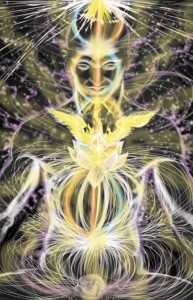 In all source Tantras, Chakras played a specific and pivotal role in the daily performance of the innovative Yoga Vinyāsa (‘Sequence of Yoga Practices’) that defined the Tantric tradition (ca. 500-1400 A.D.). Until now, our understanding of Chakras derives largely from a relatively recent translation of a 16th century ‘Hatha Yoga’ manual based on Tantras written centuries earlier. Unfortunately, it does not contain the core Vinyāsa of Yoga practices that informs its own chakra system, the sole function of which was to serve as an internal guide for this missing practice. As a result, the chakra system known to us today is effectively useless without it. Drawing from dozens of un-published Tantric texts, in this course Christopher  will finally reveals the critical role that Chakras played in the powerfully innovative Yoga that defined the Tantric tradition (ca. 500-1400 A.D.), one that inspired the embodied vinyāsa of our practice today.

“The source power (Śhakti) who fuses together the sun and moon into fire is to be envisioned in the shape of a ‘Coiled’ (Kundalini) sprout within the region of the heart.” –Kālottara Tantra, ca. 7th century, A.D.

* Six Hours of Cutting Edge Teachings in the History of Chakras for only $65.00.

Session I. The 100 Year History of the Western Chakra System.

Session II. Mantra-Nyāsa: Attuning to the Sonic Powers (Shaktis) of the Subtle Body

Session III. The Forgotten Role of Chakras in the Daily Vinyāsa of Hatha Yoga

* An introduction to the lost Vinyāsa (daily practice) original to the Chakra system inherited by the West, presented here for the first time, as drawn from the Kubjikā Tantra (ca. 11th century).

Session IV.  The Many Chakra Systems of Tantric (Hatha) Yoga: 500 A.D. to Present

* Cultivating a respectful Awareness for 1500 years of diverse exploration into the human subtle body temple * Chakras in Practice: The inextricable link between Chakras and the forgotten daily Yoga Vinyāsa of Tantric Shaivism

Student Reviews of this Course-

“Some serious ground breaking revelations. Thank you for your hard work and passion for teaching this.” –C.D.

“So much gratitude Chris! It’s so mind-blowing, I need to take breaks in between to process! This is a magnificent accomplishment.” – T.M.

“Chris, thank you so much for bringing this course to us – it is fascinating and so important, and I really appreciate how clearly you communicate.” –S.H.

“Thank you Chris, session 1 was great. I’m so glad you touched upon some of the myths that are going around about chakras which don’t have any historical backing. I always kringed when people are told there chakras are closed, or kundalini is dormant. Intuitively I knew that was not correct.” Namaste”- N.P.

“These stunningly rich visuals help me retain and hold the power of the words/translations more. Thank you.” – M.H.