The most requested story of Christopher’s teaching career is now available via download, for the first time.

The Descent of Shakti:

The Story of How the Divine Became Human 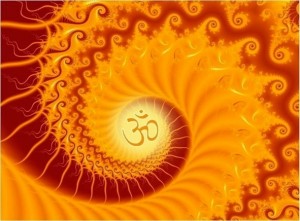 Immerse yourself in the most popular class presented by Christopher, the ‘Descent of Shakti,’ now available for the first time via this download.

This beautiful Creation story, inspired by the Tantric tradition, has inspired thousands of students over the years. It is a story which celebrates the mystery of life, in all of its highs and lows,  as the divine play of Shiva and Shakti, experienced first hand through the Cosmic ‘Descent’ of the Goddess, whose sonic body becomes all of  creation – including you and I.

In this story, Shiva promises Shakti, that through Yoga, She will never feel separate from the Divine, as she takes on the playful role of Your name and form; that through Yoga we can always access our innate connection to our own Divine Source.

Experience the divine ‘Līlā’ of your own life as the Play of Shiva and Shakti in this empowering,  life-affirming story, one meant to inspire your Yoga practice and that of your students.

Featuring – An opening invocation to Goddess Durgā, recited by the Evolve Yoga community