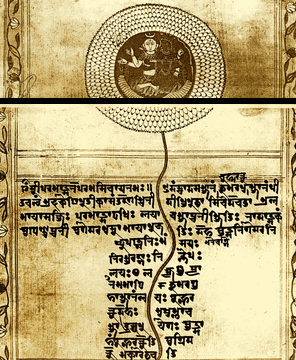 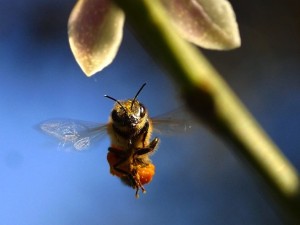 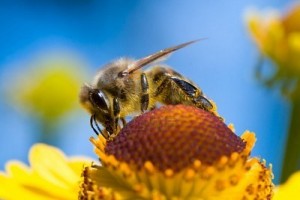 “OṂ! Praise be to Highest Śiva, the Supreme Soul! ||

“This is the twelfth location, the ‘Domain of the Bee’. Its color resembles the golden hue of a million suns. The divinity is Śiva. The presiding sage is the universal soul (paramātma-ṛṣi)… 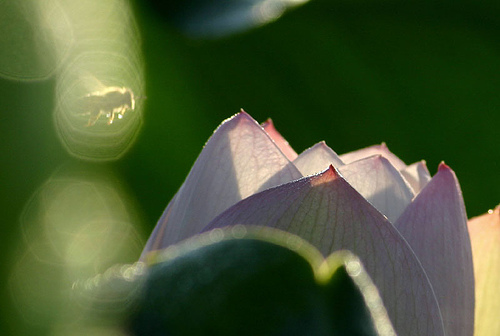 “Śakti at this domain is the sound of resonance (nāda), dissipated upon its arising to the ‘place of dissolution’ (at the crown of the head). Here, she is called ‘Source of Embodied Delusion’….

“She is the un-broken voice when it has become imperceptible [having arisen through the crown of the head].  She is the attenuated nasal vowel (Ṃ, or ‘nnnnngg…”) who at this place of sonic dissolution is the bee’s very sweetness, found at the end of the mantra ‘AHAṂ’ (“I am”), which first gave rise to the elemental body and mind….

“Having engaged in an upward trajectory (ucchāra) through the suṣumnā, She becomes the final sound of the ‘bee’ (Ṃ)  fading in its ascent out of the body at Brahmā’s door (brahma-dvāra), coming to quiescence at the hidden domain of the Bee.” 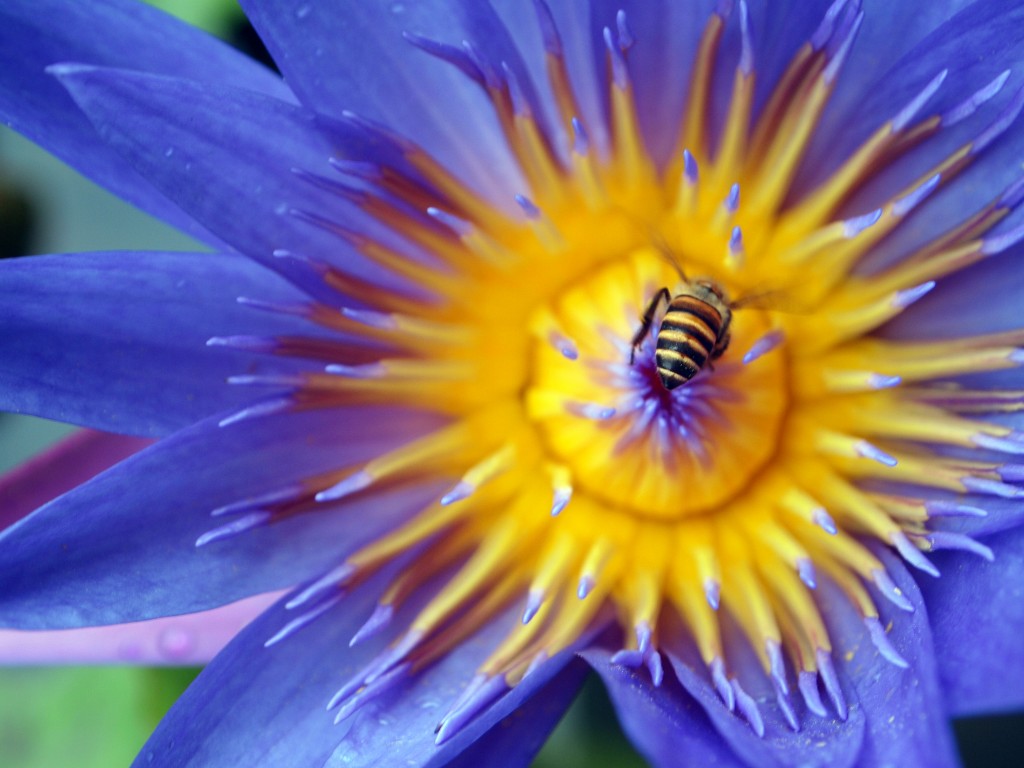 Attributes of the 12th Chakra-

Click here for my notes on the 12th chakra.

Tantric Verses on the Liberated  “Bee” of Awakened Awareness.

* Poetic references to the common (but largely forgotten) Tantric metaphor of the Soul’s sonic ascent (ucchāra) up the suṣumnā, analogized to  the sound of an ascending Bee–

“I am a filthy sinner,“ “I am a bound creature,“ “I am separate from all other beings,“ or (even) 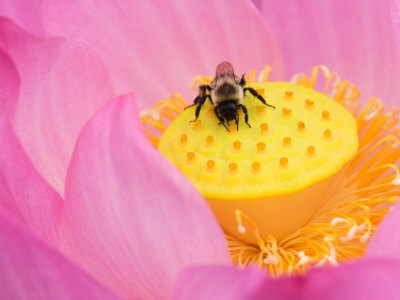 “I transcend all things“*—when such firm beliefs are innate stains on the heart, how indeed for such a one can (the vision of) supreme reality flash forth? //

In the heart-lotus (of consciousness) that has blossomed due to an intense Descent of a ray of light from the sun of Supreme Śiva, the phases of awareness (emit) the exquisite fragrance of the Self, revealing its secret nature: (there) the bee of Self-Awareness vibrates, cherishing (the exper-ience of) its own radiant core, humming “I am Lord Śiva, overflowing with the reality of all beings!“ //

“O Mother, Whatever form I conceive, however transcendent, is lower than You! Yet nor can I 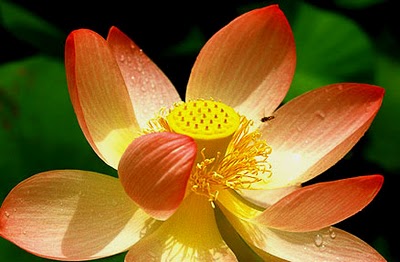 conceive of anything, however low, in which You are not completely present!

By merely reflecting on You, we make into a humble servant this demon called ‘I’, that thirsts for the blood that is the fortitude of men, ripping them apart with its treacherous fangs called ‘mine.You I praise, the unborn beloved of Śhiva in the lotus of my heart, seated in deepest consciousness [on your throne that is] full of radiance…

You I praise, who are ever eager to drink the honey-wine exuded by the lotus maṇḍala in the innermost awareness of all living creatures.”

–from the ‘Eight Verses’ of Śrī Prabodhanātha (10th century)

“My mind is a honey bee, who flew among all of the trees of the objective world of the senses, with its desire [for objective things] fading. Through divine grace, it found the blossom of the *wish-fulfilling tree of the Supreme Shiva.”

“My mind, which was a distressed honey-bee whose energy was diminished by the blows 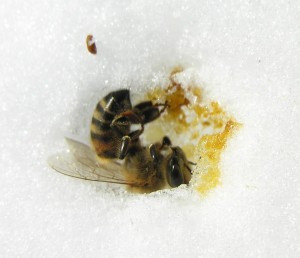 coming from the advance of the severe winter of duality;

having reached the fragrant nectar that is the *abode of Śiva, now remains perpetually intoxicated by the revivifying drink found within the flower that  grows  on the vine of pure awareness.” 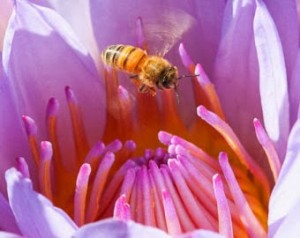