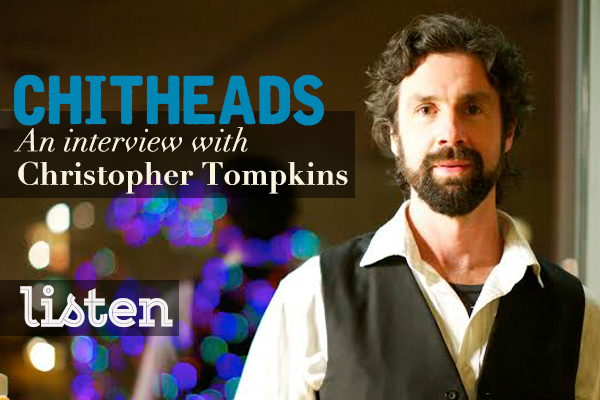 Christopher Tompkins on Tantra, the original Chakras, and the Real Age of the Asanas

Review by Jacob Kyle, below. To hear the interview, please click the image above.

My guest in this episode is Christopher Tompkins. Christopher is a Yoga practitioner and Sanskrit scholar specializing in the tradition of Tantric Shaivism.  His research focuses in particular on the ritualized practices of ‘Hatha’ Yoga as originally presented in the earliest surviving (un-translated) Tantras, which pre-date the later ‘Hatha Yoga’ manuals by centuries.  He holds advanced degrees in Religion and Sanskrit and presents internationally on the history, practice, and philosophy of Yoga. In 2012, he founded the ‘Kashmir Shaivism Preservation Project,’ which seeks to preserve and to freely share the literary legacy of Kashmir Shaivism. To date, he has acquired over 24,000 pages of manuscripts, most of which have never been seen in the West, which span the vast subject range of Philosophy, Ritual, and Yoga representing the medieval Tantric tradition.

I was eager to find out what inspired Christopher to engage in such a rigorous history of study, now spanning decades of research. He told me a touching story of his father, who on his death bed urged Christopher to continue the important research of uncovering the texts grounding the teachings of the yoga tradition. To this day, Christopher continues to be inspired and mobilized by his father’s encouragement.

I then wanted to dive into some of the historical details of Tantra, because, until relatively recently, the relationship between modern Hatha yoga and the tantric tradition has been much obscured, largely because the word “Tantra” developed many significations that were deemed distasteful by the status quo. I was especially interested to hear from Christopher why we most often associate Tantra with sex in contemporary culture.

Christopher went into a deep and engaging look at Tantrik history, explained how tantric sadhana might have arisen out of the teachings in Patanjali’s Yoga Sutras. He discussed the move from renunciant to the householder practice of Tantric sadhana, and why sex becomes associated with it. In Tantra, we ask, what are other ways we can experience yoga? What are the moments in which I can practice yoga? In Tantra, any experience can be a yogic experience – whether it be smelling the flowers, getting a mani-pedi, or making love. Christopher explains the historical and political reasons (Islamic invasion and British rule) that led to the conservative obsession of seeing Tantra as a rebellious sexual practice.

With the Islamic invasion of India in the 12th century, Tantra all but dies out.  It isn’t until sanskritist Arthur Avalon comes forward in the 20th century with his book The Serpent Power that we get a glimpse into these texts. But there’s one major problem with Avalons work: it is based on a much later text from the 17th century, which was not at all an original text and did not include the original practices of the Tantric tradition.

It is through the work of Avalon and Carl Jung’s innovative work on Avalon’s book that led to the modern understanding of the chakras that we have today. Christopher explains that the modern understanding of the chakras is not the same as their original use. Originally, the chakras were a part of daily practice that included the chakras as visualization tools to help guide mantras up the central channel by recitation of those mantras. The frequency and level of vibration of the vowel sound would dissolve the blockages or granthis standing in the way of awakening. As Christopher describes it, the blockages are the things that we’ve learned that keep us from seeing our true nature as Shiva/Shakti – consciousness and energy bound in a dance of pulsation.

Tantra is mantramarga: the path of mantras. Thus, the specific mantras are important. One of the heritages of Avalon’s work is that he handed down to us the bija mantras for the chakras without their original vowel sounds. Therefore, all of the bija mantras for the chakras found in most books about the chakras today are incorrect. Tompkins says this wasn’t Avalon’s fault, necessarily. He couldn’t have known the original Tantrik practices, so the stakes behind getting the vowels right were not apparent to him.

Christopher went into a fascinating discussion of the mantra as the goddess. He explains that, because sound vibration is recognized as having a palpable creative power, they were divinized by being given the name Shakti, a name for goddess. The personified forms that we see in images were merely tools to help us relate to that quality or vibration or power in a more personal way. However, in this tradition, images of the goddess should not be confused with being literal projections of the deity. The deity is the power of sound vibration. In other words, mantras aren’t ways of praising a deity. They literally are the deity.

Then, knowing about Christopher’s recent research uncovering many poses from the medieval texts, including those of what we call today the “surya namaskar”, I wanted to ask him about Mark Singleton’s book, Yoga Body, which in its discussion of modern yoga implies that the modern asana practice is almost completely an invention inspired by Swedish gymnastics in the early 20th century.

Christopher claims the idea that Krishnamacharya essentially lied about his sources and took many poses from Swedish Gymnastics is completely false. He holds that Krishnamacharya’s legacy has been dragged through the mud following his death, and that basically no one until recently has looked at the sources that he actually cites – and there are dozens of such texts that Krishnamacharya cites as his sources for the asanas. In those source texts, Christopher says, can be found roughly 380 poses that are cited as part of daily vinyasas, or sequences, intended to be practiced alongside the repetition of mantra. Therefore, the claims in Yoga Body are dubious, at best. Christopher plans to release articles over the coming year that will discuss the many instances of yoga poses found in medieval Tantric texts.

At the end of a wonderful and deep discussion about many radically new insights into chakras and the original Tantric practices, we ended with Christopher encouraging the listeners not to take his word for it and to look at the texts themselves. I saw this encouragement as echoing Christopher Wallis’ own call for those with a scholarly bend to take up the baton of Tantric study, as scholarship in this area is still very young and unsaturated. For those interested in deep scholarly study, Christopher recommends the work of Alexis Sanderson (alexissanderson.com), who is based out of Oxford University and is the leading scholar on Tantric Shaivism.