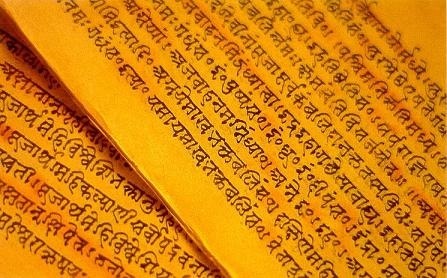 As an undergraduate at the University of Georgia, Christopher earned a Bachelor of Arts in Comparative Religion, a program that introduced him to all of the major World Religions. After working in the construction industry for some years, he entered the Master in Theological Studies Program at Harvard Divinity School where he was educated in devotional (Vaishnava) lineages of Hinduism, the Bhagavad Gītā, Buddhism, the Yoga Traditions of India, Christian Scriptures, Christian Gnosticism, Israelite Religion, and Tantric Shaivism, his greatest field of interest to date. Also at Harvard, Christopher studied theological French and German and formally began his study of the Sanskrit language in the Fall of 1999 under the tutelage of Stephanie Jamison. In 2001 he earned a Masters in Theological Studies from Harvard.

After one of several trips to India, Christopher then enrolled in the South Asian Studies PhD program at U.C. Berkeley  in order to continue his Sanskrit studies with Robert Goldman, co-editor and co-translator (with Sally S. Goldman) of the critical edition of India’s great epic, the Rāmāyana. Over the past seven years, Christopher has become well versed in the Epic and Purāṇic poetry of this fascinating language while simultaneously focusing on the study of Tantric texts. This latter interest was greatly enhanced by the temporary presence in the South Asian Studies Department of Somadeva Vasudeva, who, in providing Christopher with a large collection of Tantric Manuscripts and e-texts, has been the central influence on his education in Tantric Shaivism.

In 2006, Christopher earned a second Master’s degree (in Sanskrit) from U.C. Berkeley. He has taken some time off from the program over the years to pursue teaching opportunities at U.C. Berkeley and at Santa Clara University, as well as within the various Yoga communities around the San Francisco Bay Area. In 2005, he was invited to become the Yoga Philosophy teacher at Yoga Tree of San Francisco. Since 2002, Christopher has every semester directed and taught the most continually popular course at U.C. Berkeley, Meditation, Mysticism, and the Mind, which has taught over 2,500 students the practice of meditation as espoused from a variety of religious backgrounds.

Christopher is expected to earn a PhD in South Asian Studies in 2014. His dissertation, entitled “The Integrity of Yoga Within Early Shaiva Ritual” is a critical edition and translation, deriving from 10 manuscripts, of the Sārdhatriśatikālottara Tantra’s chapters on Nirvāṇa Dīkṣā, the primary Śaiva rite of initiation. Excerpts of this work will be included in the forthcoming anthology called the Tantric Yoga Chapters, marking it the first publication of a critically edited passage on Nirvāṇa Dīkṣā that derives from a primary Śaiva text (tantra or āgama).